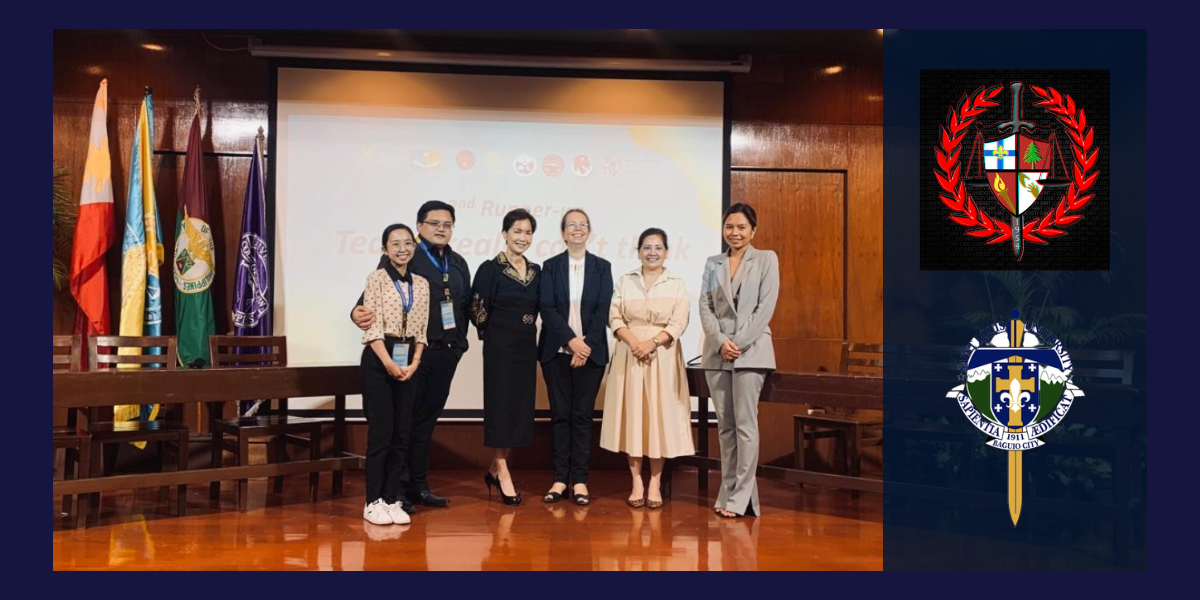 The SLU Law Team was composed of Doreen Monsalud (JD 1B), Jadeeyah Abang (JD 1B), and Frank Rick Almora (JD 2B). Almora and Abang were also awarded 9th and 10th best speakers, respectively.

SLU Law ended the tournament’s preliminary rounds with a 3-1 win-loss record, beating the teams from the University of Santo Tomas, San Sebastian College, and San Beda University. Because of their stellar record, team SLU Law qualified for the semi-finals.

While ending their run at the semi-finals, SLU Law bested San Beda University in the battle for third place.

The CHR Inter-law school debate tournament was a part of the celebration of Human Rights Consciousness Week and is envisioned to be an annual continuing tradition to elevate the discourse on human rights among law students and to revive the debate culture among future lawyers.