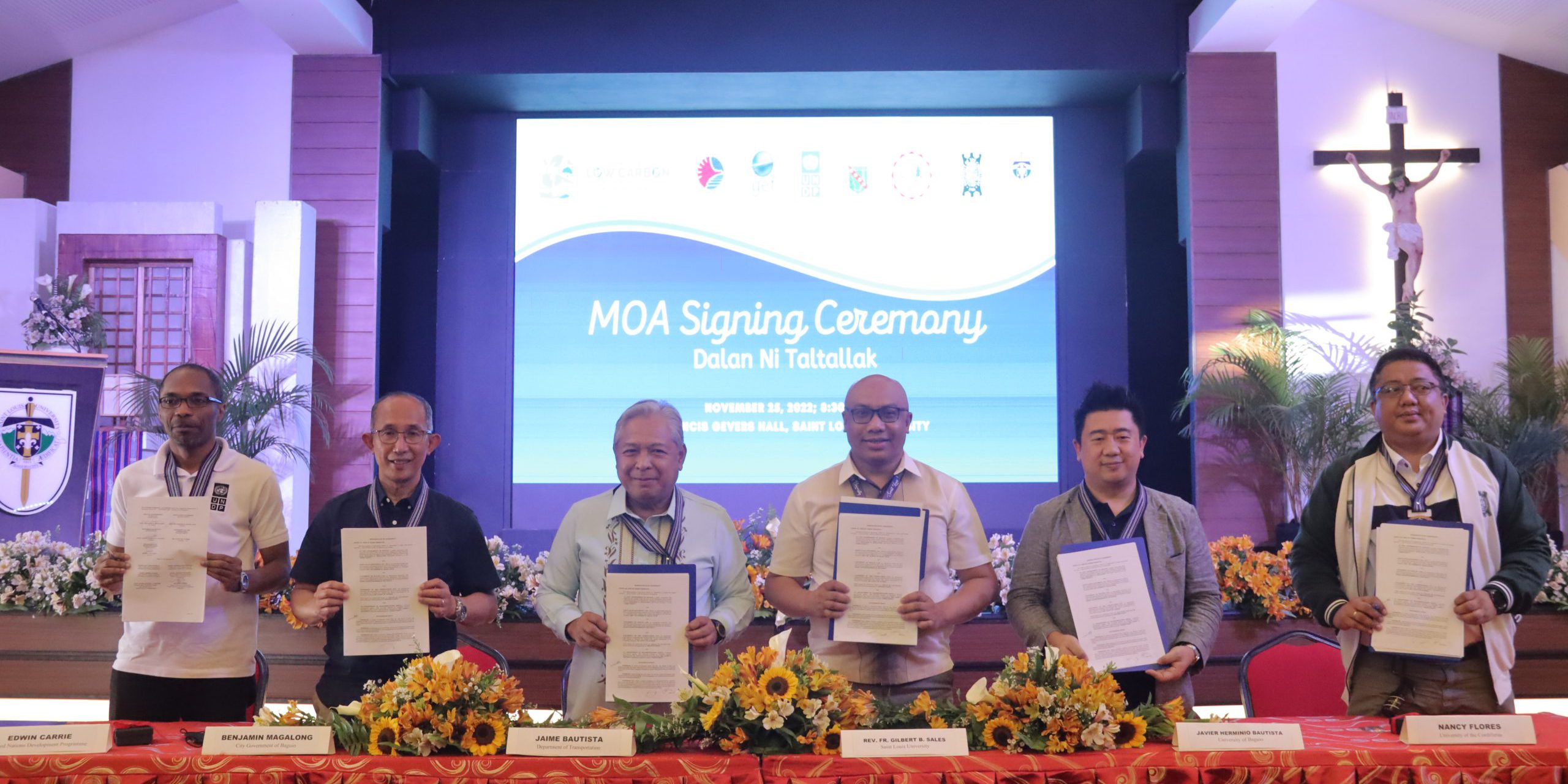 The name, Dalan Ni Taltallak, conjoins three local terms in the Cordillera region: “Dalan,” “Ni,” and “Taltallak.” As a verb, “Dalan” means traveling on foot or walking. It is an Ifugao and Ilokano phrase for “way or trail”  “Taltallak” is an Ifugao and Kankanaey phrase that refers to the wooden bicycles developed by indigenous peoples in the Ifugao Province as a mode of access or transportation within the community. “Ni” is an Ibaloi term that translates to the English preposition “of.” It represents low-carbon transportation that was built and operated with the use of both indigenous and scientific knowledge. As a result, “Dalan Ni Taltallak” can be translated as “developing access to or paving the way for low carbon transportation.”

According to DOTr Secretary Jaime Bautista, the MOA aims to promote low-carbon transport research and innovation in the Philippines.“The DOTr is pursuing research-based solutions, evidence-based policies, and continuous improvement of the department’s monitoring schemes to improve projects,” Secretary Bautista said. He further noted that the agreement “shall become a proof-of-concept collaboration between(the) national government agency, local government unit, and the academe.”

The MOA calls for the coordination of research and innovation projects between the DOTr and Baguio City that may be adopted on a national level. More specifically, it aims to facilitate research and development of low-carbon mode of transportation to mitigate the environmental impacts of greenhouse gas and work towards finding data-based solutions for lowering emissions.

​​In keeping with the goals of this envisioned Centre of Excellence for the Low Carbon Urban Transport Systems in the Philippines (LCT) Project, Dalan Ni Taltallak was born in Baguio City. The Dalan Ni Taltallak is a consortium for low-carbon transportation research and innovation by three major universities in the city: Saint Louis University, the University of Baguio, and the University of the Cordilleras.