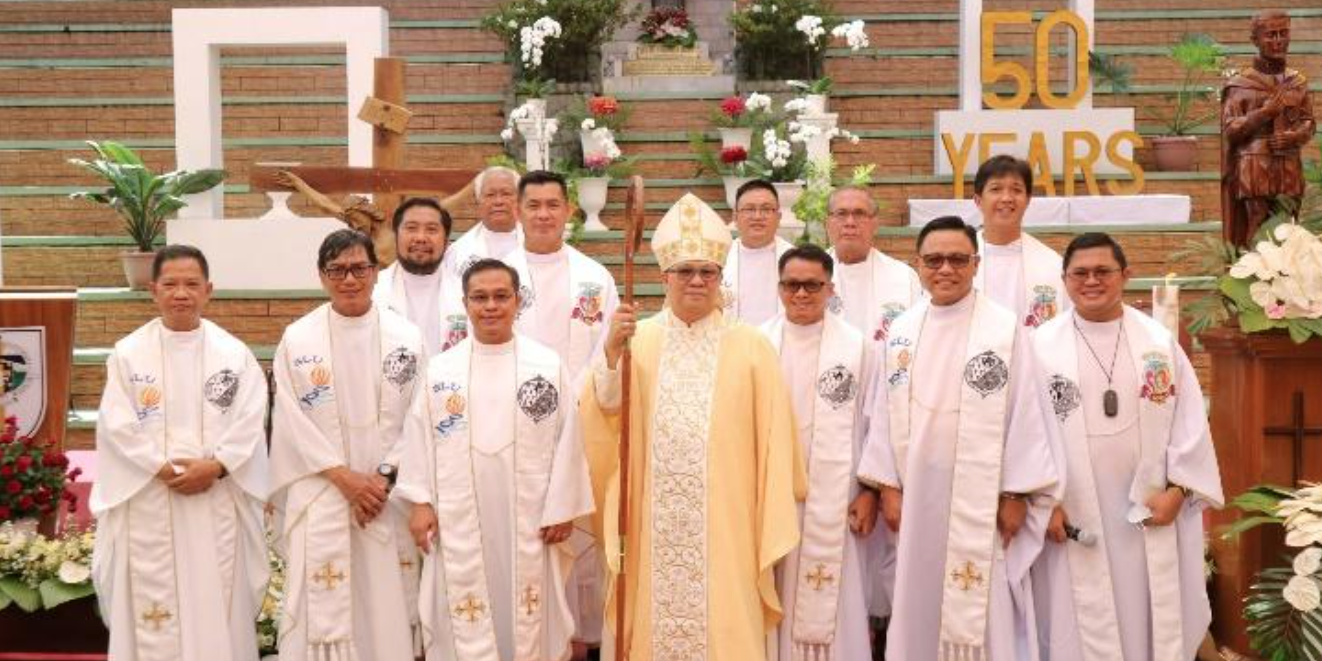 The Saint Aloysius Gonzaga Parish had a back-to-back celebration for the anniversary of 500 years of Christianity in the Philippines with the theme “Gifted to Give,” and the 50th anniversary of the parish centered on “Sa Parokya ng San Luis, Kabilang Ako.”

In connection with the celebrations, the Parish commemorated its golden jubilee on July 21, 2022, during the feast day of Saint Aloysius Gonzaga, the patron saint of Catholic youth. Attended by the SLU Community, a Eucharistic Mass was celebrated at the Saint Louis University (SLU) Grounds and was presided over by Most Rev. Victor B. Bendico, D.D., the Bishop of Baguio, and concelebrated by participating CICM.

Following the mass, Rev. Fr. Macwayne N. Maniwang, CICM, Vice President for Mission and Identity, and Parish Priest, expressed gratitude to everyone who assisted and participated in making the celebration memorable and successful.  A simple program at Fr. Francis Gevers Hall followed.  The CICM Priests, Heads of Office, Parish Pastoral Council (PPC), CICM Campus Mission Volunteers (CCMV), and parishioners joined the program, which included the presentation of the history of the parish and lively performances by the Center for Culture and the Arts (CCA) and CCMV talents.  The priests from 1964 to 2022, including all PPC Chairpersons, were recognized for their efforts in ensuring pastoral services for the community.  A blessing of the renovated Saint Aloysius Gonzaga Parish statue near the SLU Main Gate and the SLU Bike Stands on the campus was conducted by Fr. Maniwang.

In addition, the compilation of “Ang Kwentong Parokya Ko,” a narrative of beautiful memories of Saint Aloysius Gonzaga Parish parishioners for the past 50 years, was shared on social media to look back and see the wonders of God’s magnificent work in the lives of its parishioners.

The SLU Guidance Center also compiled and produced a video in which SLU employees and parishioners expressed their appreciation for our parish. A songwriting contest was also held to select the 50th-anniversary theme song, in which nine groups and individuals competed.

In collaboration with the SLU Sacred Heart Medical Center, a gift-giving activity was conducted for palliative and pediatric patients. Free ECGs were given to the SLU community and parishioners.